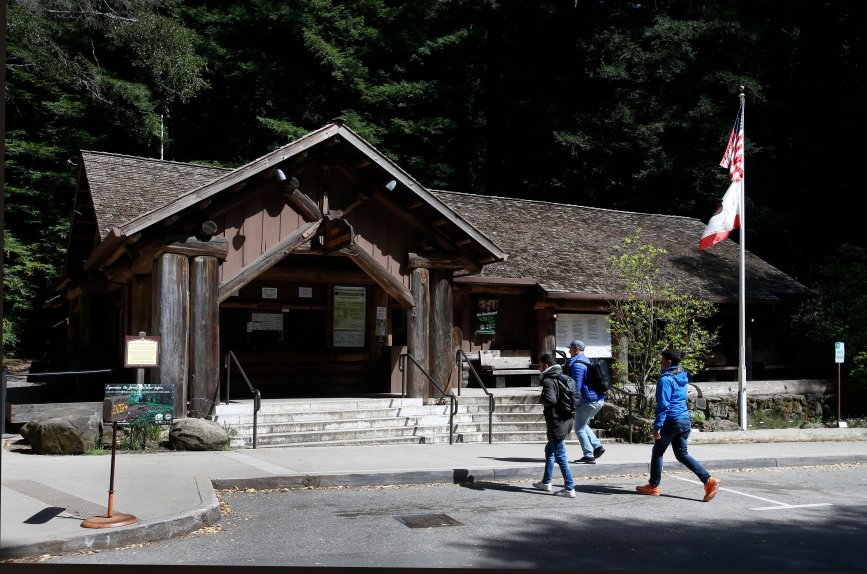 In a devastating loss for one of California’s most venerable parks, the historic park headquarters, the nature center, campgrounds and other structures at Big Basin Redwoods State Park have been reported destroyed in the raging wildfires currently burning through the Santa Cruz Mountains.

The status of the ancient redwoods in the park, some of which tower more than 300 feet tall and date back nearly 2,000 years, was unclear early Thursday morning. Redwood trees’ bark is heavily fire-resistant, but in intense fire storms the trees can be damaged.

Big Basin is California’s oldest state park. It receives more than 1 million visitors a year from around the world. Established in 1902, the park gave rise to the movement to preserve coast redwoods, the world’s tallest trees, from logging a century ago, and sparked the birth of California’s state park system.

State parks officials issued a statement late Wednesday saying the park “sustained extensive damage” Tuesday and would be closed indefinitely. It noted the park headquarters, a classic timber building constructed in the 1936 by President Roosevelt’s Civilian Conservation Corps, and which is included on the National Register of Historic Places, burned, as did the park’s “historic core and campgrounds.” All campers, rangers and other people who had been at the park were safely evacuated Tuesday.