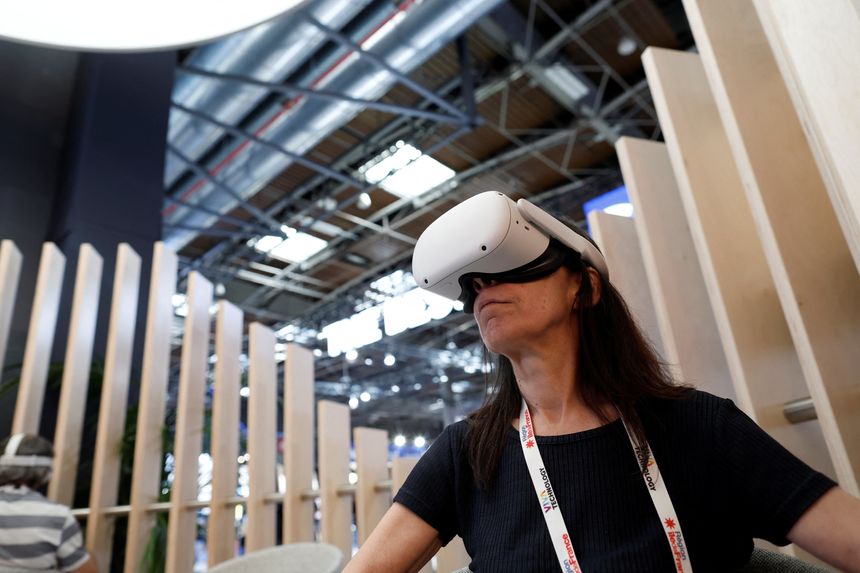 Facebook parent Meta Platforms Inc. META 6.77%▲ is expected to post its biggest drop in daily users and its first decline in revenue as the company struggles to adjust to macroeconomic forces and growing competition from TikTok.

The company is expected to report quarterly revenue of $28.9 billion, according to analysts surveyed by FactSet. That figure would be down 0.6% from a year prior and would represent the first time that the company has posted a quarterly drop in revenue from the year earlier.

Meta also might disclose that Facebook’s daily active user base has fallen to 1.957 billion users, down from 1.96 billion three months ago, according to analysts. That would be Facebook’s largest drop in daily users on record and only the second time the figure has retreated.

The company is expected to post a $7.03 billion profit for the second quarter, according to FactSet. This would represent the third quarter in a row the company’s net income has declined, something Meta hasn’t experienced since the fourth quarter of 2012.

Before Wednesday, the company’s shares had fallen nearly 51%, and it had lost $448 billion in market value since Feb. 2. Meta’s stock was up more than 5% midday ahead of results, as major tech firms rallied following Alphabet’s earnings and after Microsoft Corp. on Tuesday gave an upbeat outlook for its current fiscal year.

Facebook’s decline in daily users comes three months after Chief Executive Mark Zuckerberg said the company would change how users would see content, in a bid to boost engagement. The company would use artificial intelligence to recommend content to Facebook and Instagram users from around those social networks, rather than solely showing users content from accounts they already follow. This effort mimics one of the signature features of rival TikTok, which Mr. Zuckerberg in February said posed stiff competition for Meta.

SUBSCRIBE The company also has said that it planned to show Instagram users more videos and full-screen content. That flurry of changes spurred a backlash from numerous Instagram users this week, most notably from key influencers Kim Kardashian and Kylie Jenner, who posted an image that reads “Make Instagram Instagram Again” and “stop trying to be tiktok.” The image had nearly 1.9 million likes on Tuesday.

Meta’s head of Instagram, Adam Mosseri, addressed the changes on Tuesday, saying that many of the features were still evolving.

“I need to be honest—I do believe that more and more of Instagram is going to become video over time,” Mr. Mosseri said in a video posted on Twitter.

Earlier this year, Meta said it planned to slow the pace of some of its long-term investments and adjust hiring plans. In May, the company disclosed a sharp slowdown in hiring, and in June, the company’s head of engineering told his managers in an internal memo to identify and report low performers so they could force those employees out.

The company on Tuesday also said it planned to raise the price of its Quest 2 virtual-reality headset by nearly 34% to $399.99, saying the costs to make and ship the products have been on the rise.

The company’s Reality Labs division, which includes VR hardware, is expected to post revenue of $431 million for the quarter, according to FactSet.