‘A Million Random Digits’ Was a Number-Cruncher’s Bible. Now One Has Exposed Flaws in the Disorder. 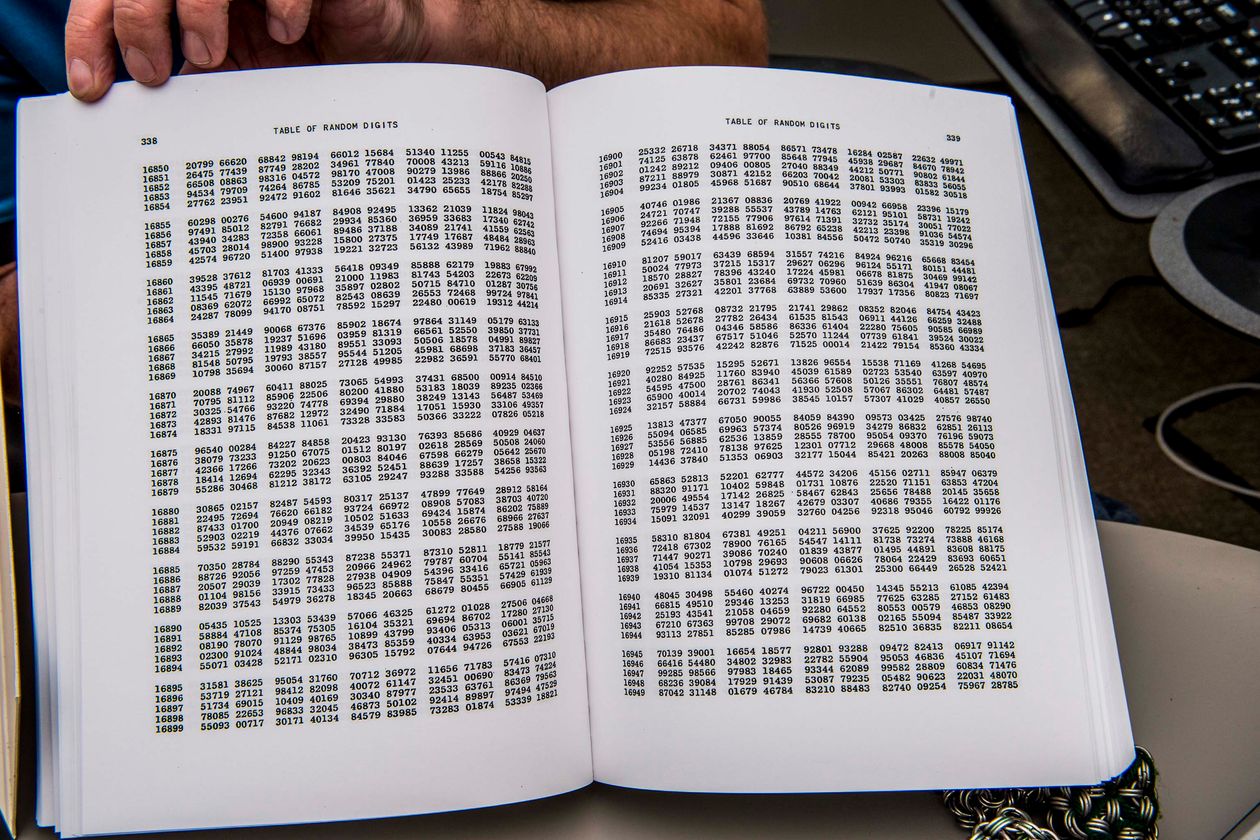 A 1955 Rand Corp. book had a reputation as the go-to source for figures used by pollsters, analysts, researchers; engineer Gary Briggs has ruined it

He started by looking at how Rand collected a million digits. Douglas Aircraft Co., instrumental in Rand’s creation, provided a simple machine that registered random fluctuations in voltage and converted them into strings of ones and zeros. “I cannot overstate how much I want one of these things sitting on my desk,” says Mr. Briggs, whose next project is to build one.

At one point, the Rand team noticed the Douglas machine was producing a suspicious imbalance between even and odd numbers. They unplugged it, let it cool and turned it on again; the bias disappeared, according to Mr. Briggs.

Mr. Briggs obtained the original numbers and wrote programs interpreting them the way the original IBM did. He soon found his results didn’t match what appeared in the book.

Mr. Briggs hypothesized a technician dropped cards and put them back in the wrong order. He envisioned running computer simulations to re-create the error by moving a card or two out of place.

His findings: If each card had 72 digits, there were eight different ways one card could be out of place and produce the exact error he found. If each had 80 digits, any of three cards could have been moved to eight different spots and caused the same mistake.

His results were “soul crushing,” Mr. Briggs says. The book contains 48 runs of four digits instead of 40, an astoundingly wide divergence in statistical terms that eluded any explanation he could conjure.

The mystery deepened when he noticed the book’s 1955 edition described its randomness as “obviously satisfactory.” That phrase had disappeared by the 2001 edition, leading him to wonder if some editor noticed the error and tempered the claims.