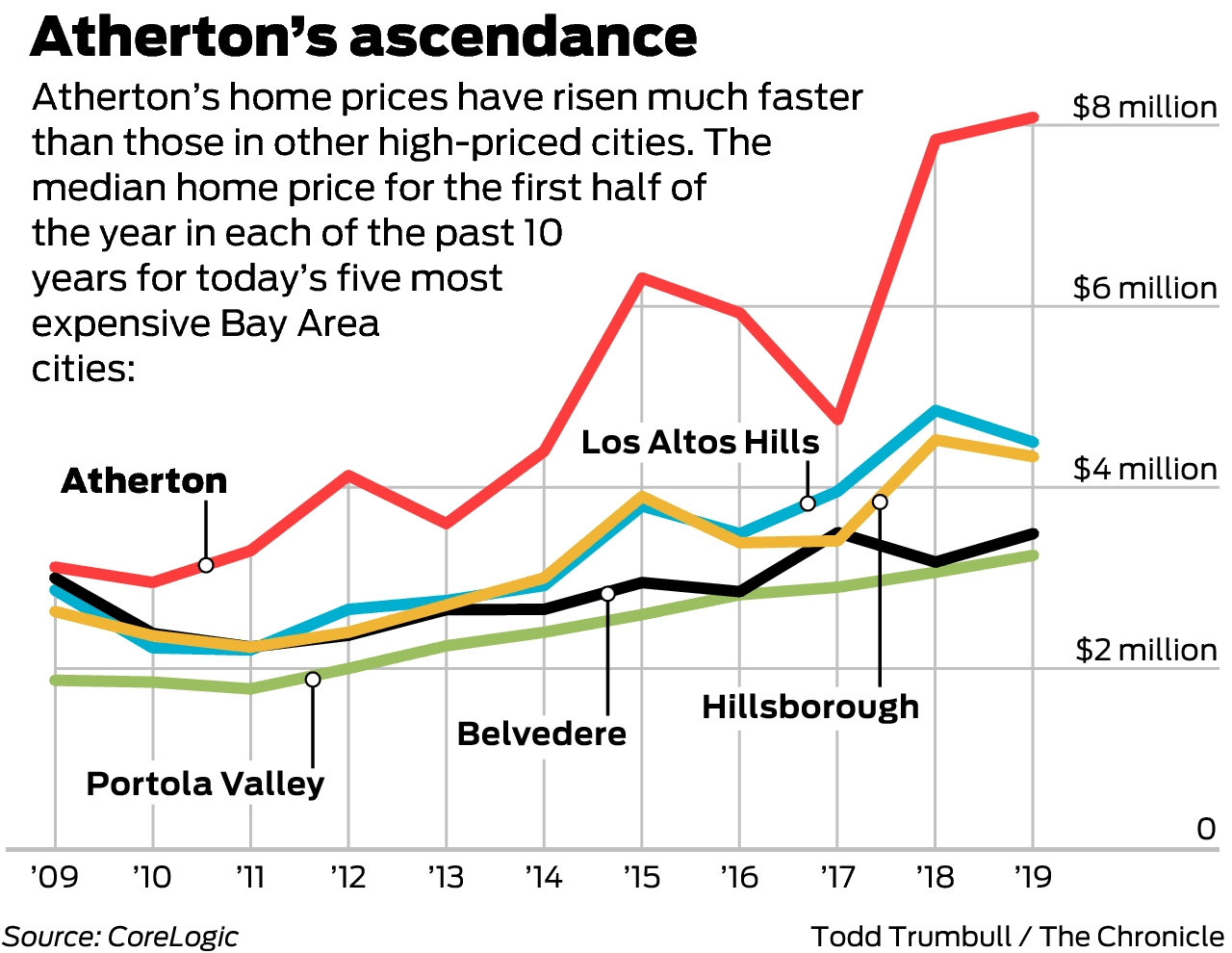 The median price of a home sold in Atherton in the first half of this year was nearly $8.1 million, according to CoreLogic. That’s almost twice as much as the Bay Area’s next most expensive cities: Los Altos Hills, with a $4.5 million median, and Hillsborough, at $4.25 million. Ten years ago, Atherton’s median price was only 9% and 19% higher than those two cities, respectively.

In an article last year, De Leon wrote, “Atherton’s building codes and regulations are much less restrictive than nearby cities such as Woodside.” As evidence, he pointed to Stockbridge Avenue west of Alameda de las Pulgas. “The southern side of the street is Atherton and is almost completely rebuilt. Whereas the northern side of the street is Woodside and consists primarily of the original 1950s ranch-style homes. It is not a coincidence that Atherton has appreciated at a much more rapid rate than Woodside.”

Like all California cities, Atherton is supposed to create new housing for people of all incomes — from very-low to above-moderate income — under what’s known as the Regional Housing Needs Assessment.

Atherton’s goal for the current cycle — 2014 through 2022 — is 93 units. That consists of 61 units for people of very low to low income, 29 moderate-income units and three above-moderate homes.

For the three high-end homes, it identified more than 110 parcels, mostly multi-acre lots that could be subdivided.

All other categories, it said, could come from the creation of 79 units for students and faculty at Menlo College, 11 for faculty at Menlo School and 40 second units, such as backyard cottages. Its zoning allows multifamily housing on school property and second units of limited size on single-family lots.