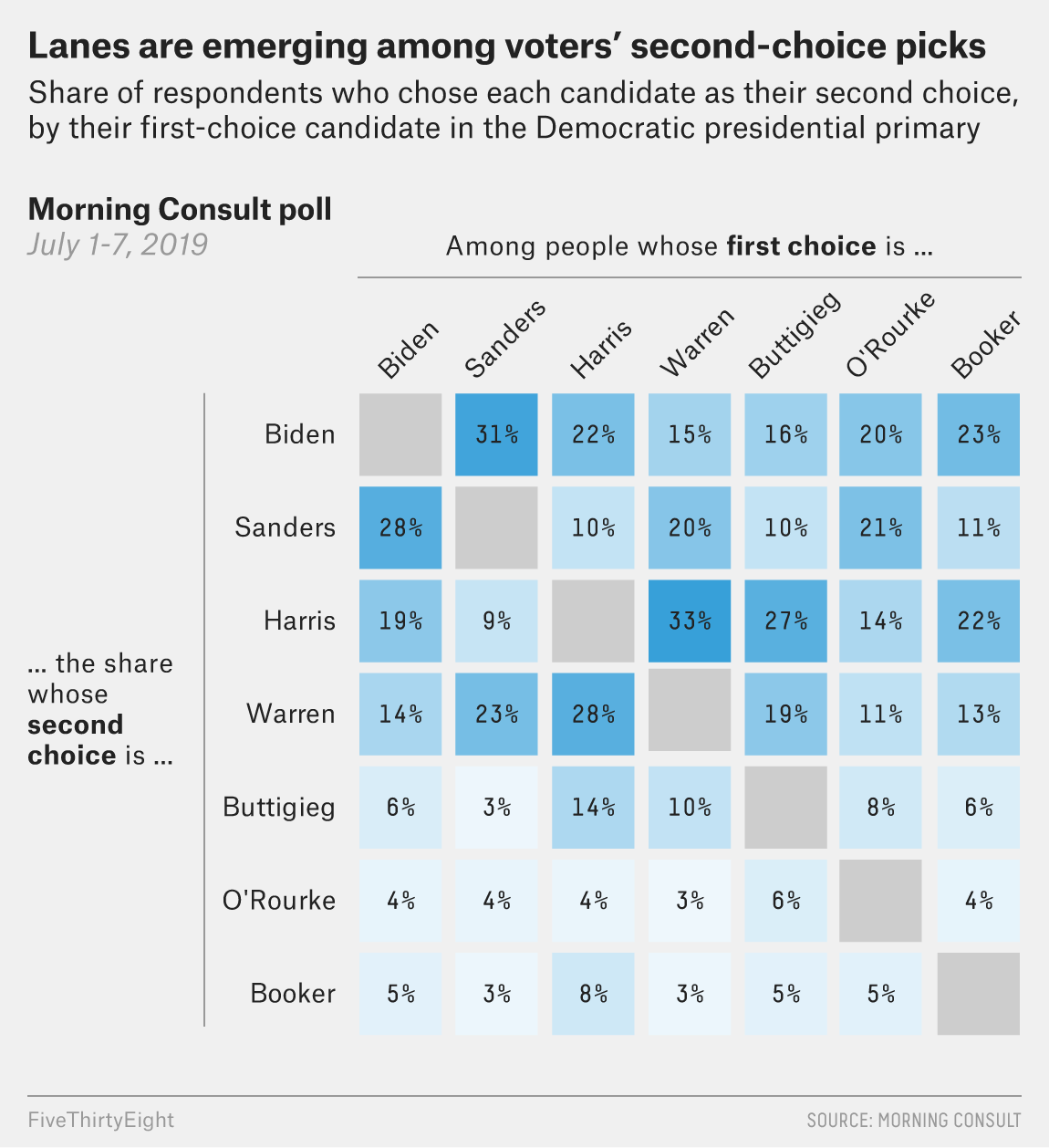 Survey of peoples second favorite candidate broken down by their first choice. I would have expected second choices to follow ideological lines. So Warren supporters would switch their support to Sanders if Warren dropped out because he's also on the socialist side of the spectrum.

Original poll is here https://morningconsult.com/2020-democratic-primary/ but I didn't link to it because I think it'll go away